Richard qualified as a chartered accountant in 1981 and has held an Insolvency Licence since 1986.  He is a fellow of the Institute of Chartered Accountants in England & Wales and a fellow of R3.

In 1983 Richard was responsible for establishing an insolvency practice for the Birmingham office of a top twenty firm before then joining one of the big 6 firms and fulfilling the same role in their Birmingham practice.  Richard established that firm’s Pensions Deficiency Group and was appointed as the Head of the National Group to liaise with the firm’s Pension Group and Corporate Recovery Department.

In 2006 Richard decided to utilise his extensive knowledge of rescue, recovery & turnaround to found Rendle & Co.  Rendle & Co was developed as a niche insolvency practice with the objective of providing specialist restructuring solutions and pensions advice to clients and their businesses.

During the course of his career, he has dealt with clients ranging from large trading entities with 1000+ creditors through to individual clients with just a handful of creditors.   Many of these companies have been able to avoid liquidation and continued to trade as a result of Richard guiding them successfully through the corporate recovery process.

Richard prides himself on dealing with clients in a professional and friendly manner, treating each client with respect and helping them achieve the best solution, whatever their situation.

Liz joined Rendle & Co in 2011 following a career in banking that spanned 34 years.

Although initially employed to deal with the administration of the office, Liz began assisting with client work and quickly became integrated into our insolvency and corporate rescue & turnaround department.  Her professional attitude and experience in dealing with clients made her an ideal fit for an already busy office and she soon began to manage her own client case load.

Liz now has experience in a variety of insolvency procedures including bankruptcies and individual voluntary arrangements and in her current role as Senior Associate, she specialises in voluntary liquidations.   Her clients have included complex liquidations involving European and internationally based companies. 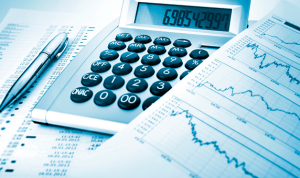 Joe joined Rendle & Co in 2014 having previously been employed as an insolvency administrator for a sole practitioner.

He has worked in insolvency for ten years and clients benefit from his knowledge and experience of insolvency procedures and the ever changing rules and regulations.

Joe has dealt with a variety of insolvency procedures including Company Voluntary Arrangements and Administrations.  His clients have included large trading entities requiring him to work off site and interact with directors, employees and creditors, resolving issues and solving problems in a time critical and sometimes fraught and stressful environment.   Joe provides excellent customer care and commitment to all his clients.

Louise has held the role of insolvency manager since 2002 and joined Rendle & Co in the same position in 2013.

She ensures that the practice is updated with all regulatory and compliance issues relating to insolvency, maintaining the company’s standard documentation and insolvency software.

Melissa previously worked with Richard during his time at one of the big 6 firms in Birmingham and she joined Rendle & Co as personal assistant to Richard when the company formed in 2006.

She currently assists the practice in her role as office manager, ensuring that the business runs smoothly and meets all its administration, compliance and regulatory obligations.